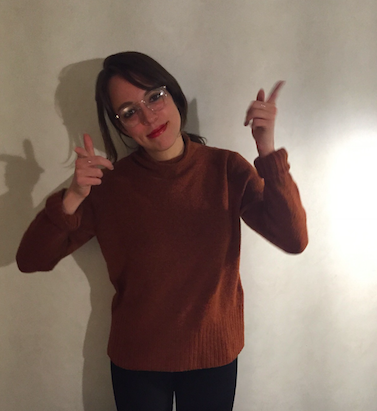 Hi, I'm Becca. I'm an essayist and literary critic, a contributing editor at The Point, and a PhD candidate in philosophy at Harvard. To keep up with my writing/rantings, subscribe to my substack here.

I write essays, book reviews, and the occasional art review for publications like The New York Review of Books, The TLS, The Nation, The New York Times Book Review, The New Yorker, The Atlantic, Bookforum, Art in America, The Baffler, and more. I'm a two-time finalist for The National Book Critics Circle's book reviewing prize (2016 and 2018), and in 2017, I was a finalist for a National Magazine Award in the essays/criticism category. (My nominated essay, "Ladies in Waiting," was subsequently collected in the 2017 Best American Magazine Writing anthology, available here.) In 2018, my essay "Rhapsody in Blue" was included on the Notable Essays and Literary Non-Fiction list published in the 2019 Best American Essays anthology. You can read my interview with the National Book Critics Circle here and my interview with Lit Hub for their Secrets of the Book Critics series here. I write mostly about "world literature," especially Eastern European or German language literature with a Jewish bent, but I also review contemporary fiction sometimes. My agent is Anna Sproul-Latimer of Neon Literary. (You can stalk her and her agency here.)

At Harvard, I am interested in aesthetics (especially aesthetic value and its relationship to other types of value), the philosophy of love and sex, and Martin Heidegger. In my second-year paper, "The Good, the Bad, and the Ugly," I argue that aesthetic value is sometimes a partial grounds of moral value. (A draft is available upon request.) My dissertation will be about the ethics of exclusionary romantic/sexual/aesthetic preferences and what role the state should play in ameliorating inequitable distributions of intimate goods. My amazing committee members are Selim Berker, Susanna Siegel, Gina Schouten, and Lucas Stanczyk.

I receive many emails asking for advice about graduate school applications. I have answered some frequently asked questions on this page.  As I note there, I do not consider myself an expert in how to write a successful graduate school application--I do not know why I was admitted to Harvard!--and I urge all prospective grad students to consult resources online, as well as supervisors who have served on admissions committees, rather than me!
Proudly powered by Weebly